Community Entertainment Live Entertainment Music Theatre
NOTE: This is event has already happened. It is online for informational purposes only.

GLORIOUS! BY PETER QUILTER PRESENTED BY THE EVENTS CENTRE

Glorious! tells the hilarious true story of the world’s worst opera singer Florence Foster Jenkins. This West End and world-wide hit was nominated for a Laurence Olivier Award -Best New Comedy (2005) and has been seen by two million plus people across six continents.

The movie Florence Foster Jenkins starring Meryl Streep and Hugh Grant inspired by the play was released to acclaim this year. In the 1940s the singer everyone wanted to see perform live in New York was the enthusiastic soprano Florence Foster Jenkins – ‘ the first lady of the sliding scale’. Surrounding herself by devoted friends, almost as eccentric as she, this deliciously happy and delusional woman paid scant attention to her critics and would screech and warble to her audiences, most falling about with laughter.

This heart-warming comedy moves from Florence’s charity recitals and lavish balls, through to her very odd recording sessions and her ultimate performance triumph at New York’s Carnegie Hall, incorporating her wonderfully colourful relationships along the way.

Diana McLean as Florence (best known for The Young Doctors, Number 96 and All Saints) head the cast of three.

AUDIENCE SUITABILITY: Suitable for all ages 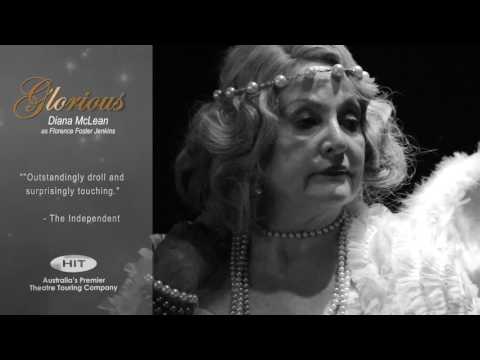 All Sunshine Coast events, gigs, functions etc... onsite are correct as per information provided at time of uploading, please always verify times or dates directly with the venues to avoid disappointment.